Final callBill Gross, the king of the bond market, abdicates 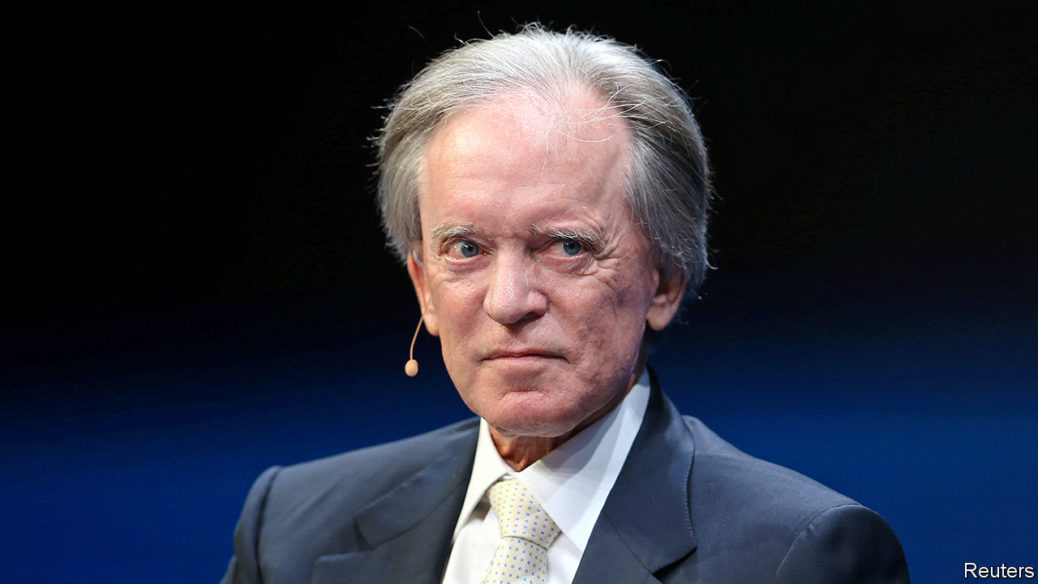 OUTSIZE RETURNS are hard to come by in the bond market: the approach pioneered by Jack Bogle at Vanguard of matching a benchmark while minimising transaction fees is tough to beat. There was one person, however, that even Vanguard’s fixed-income team considered in a class of his own and thus worth paying for: Bill Gross, who co-founded Pacific Investment Management Company (PIMCO) in 1971 after a conventional career in finance and risk, plus a brief professional foray onto the blackjack tables of Las Vegas.

On February 4th Mr Gross and Janus Henderson, his employer for the past few years, announced that he was retiring.Get our daily newsletterUpgrade your inbox and get our Daily Dispatch and Editor’s Picks.For decades Mr Gross displayed extraordinary acumen, not only in evaluating securities but also in structuring the duration, or time-frame, of his portfolio. He displayed uncanny judgment about when to push maturities just a bit longer or shorter than average.

His calls were amplified by his willingness to offer his punchy opinions on television, unlike the reclusive, grumpy gnomes who managed most fixed-income investments.That combination of talent and publicity attracted a flood of money. The assets of the fund he personally managed, PIMCO Total Return, reached a record $293bn in 2013. Mr Gross left PIMCO in 2014 after a coup. Although he was as good at picking brainy colleagues as he was as picking securities, his analytical skills did not, apparently, extend to assessing their loyalty. Subsequently he joined Janus Henderson, a mid-sized fund manager. Customers fled PIMCO after he left, some of them following him to his new firm.

But his magic was gone. Performance was lacklustre and a steady flow of redemptions followed. Half of the $950m remaining under his control is his own money.Theories explaining the decline are not in short supply. During his long tenure, his techniques have been studied and copied by other clever people. And the nature of debt markets may have changed over the decades. In a televised interview after the news of his retirement, he said that his greatest error had been to misjudge the relative trajectories of German and American interest rates. Both are consequences of novel post-crisis monetary policy set by central banks. Human factors may have taken their toll, too.

His professional spat with PIMCO was echoed by a messy divorce that played out in the press.Mr Gross said he had continued to outperform in the management of some funds outside his signature effort. This perhaps says something about where active management can be effective—in niches. He will now focus on managing his own money and his $390m charitable foundation. That his departure closely follows the accolade-packed obituaries of Mr Bogle, the architect of Vanguard’s strategy of emphasising efficiency over genius, underlines just how much money-management changed during the two men’s storied careers.This article appeared in the Finance and economics section of the print edition under the headline “Final call”