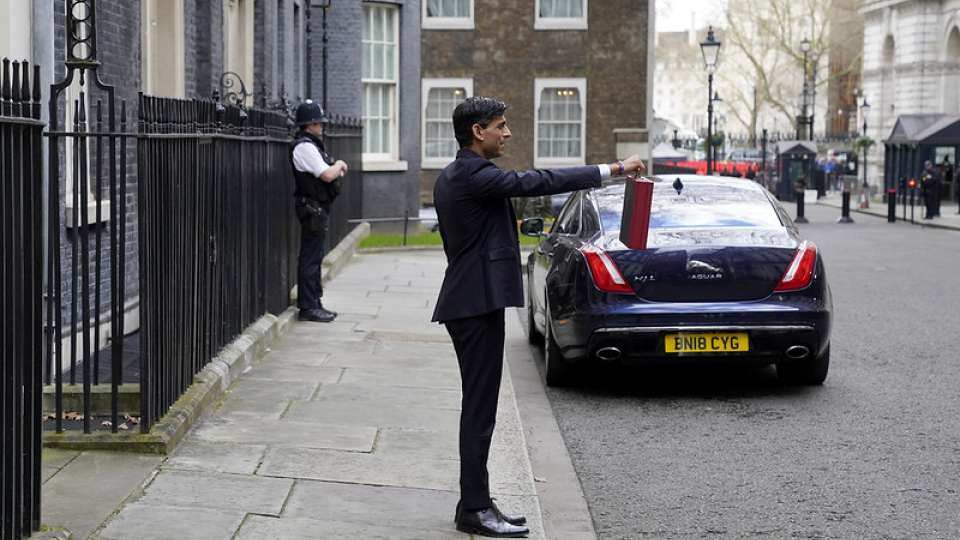 Announcing the revamped business interruption loan scheme this morning, the government said more than £90m in loans had approved for just fewer than 1,000 small businesses under the initiative. The number sounds impressive, but less so against a backdrop of 130,000 enquiries about the scheme from firms across the UK.

As documented earlier this week, the Treasury’s failure to place restrictions on interest rates, meant banks were offering CBILS loans with interest rates of up to 30% and demanding personal guarantees from small businesses before they would lend.

Responding to criticism of how the big banks were applying the scheme, Chancellor Rishi Sunak announced the following amendments this morning (3 April):

According to the Chancellor, the government “listened to the concerns of some larger businesses affected by COVID-19 and [will] continue to work with the financial services sector to ensure that the £330bn of government support, through loans and guarantees, reaches as many businesses in need as possible.”

The Chancellor is expected to speak with bank chief executives next week to review the scheme and ‘ensure everybody is playing their part”.

This morning’s announcement revealed that the Bank of England has promised to add another £1.6m in support to large firms on top of the nearly £1.9bn already provided.

Large businesses of between £45m and £500m turnover will be considered for loans of up to £25m which will also be covered by an 80% government guarantee. CLBILS will also be offered at commercial rates of interest with further details to be announced by the government later this month.

For loans over £250,000, personal guarantees will be limited to just 20% of any amount outstanding on the CBILS lending after any other recoveries from business assets. Lenders were already prohibited from asking business owners to put their house on the line, but in response to numerous reports that this had not been followed, the Chancellor clarified that borrowers would not have to put their houses on the block as part of their personal guarantees.

The Chancellor’s guidance added that number of official CBILS lenders will be extended to help speed up supply of the loans.

Digital banks such as Tide and Starling are not yet included in the British Business Bank’s list of approved providers and have pointing out that the government is still not doing enough to make sure crucial financial support is reaching businesses where it is needed most.

According to Tide CEO Oliver Prill: “The CBILS is on the path to failing to realise its full potential. The scheme is available through too few lenders and the scheme itself is not fit for purpose during this crisis. One third of the most vulnerable small businesses are unlikely to be reached by the limited number of traditional lenders.

“Urgent action is required by the government to immediately reform the scheme and ensure that the British Business Bank (BBB) is appropriately staffed and guided to ensure fast delivery. The government must provide emergency access to new lenders.”

The BBB indicated it was opening the door to new lenders, but after expressing interest nearly two weeks ago Tide had only received a holding message and a request to complete a further form, he added.

Online lending marketplace Capitalise.com reported its platform had handled 250 completed CIBLS applications – around a quarter of the rescue loans agreed so far.

Capitalise.com founder Paul Surtees welcomed the Treasury tweaks the transmission mechanism for CBILS funds, but added: “It will help, but it will not solve the scale of the problem.”

Removing the requirement for banks to assess whether the business was eligible for a non-CBILS bank and easing the security levels eased the bureaucracy of identifying security value and would oil the supply side, he added. But the urgency of the situation was not being addressed by a tweak here or there.

Money needed in weeks, not months

“The reality is that businesses need the funds in weeks, not months, so these changes despite a move in the right direction are unlikely to unleash the tsunami of funding support so desperately needed. Many businesses will fail,” said Surtees.

“The time to funds is simply too slow. Traditional lenders have a vital role to play, but their human underwriting processes will not speed up the time to funds that Fintechs can achieve. Newly accredited lenders have to include the fintech community such as FundingCircle, Esme and iwoca.”

The challenge for fintech lenders is the personal guarantee, which underpins their loan books and determines their cost of capital, Surtees explained. “The CBILS program is a guarantee, not a line of credit for the lenders, hence their cost of capital will likely be higher in the months ahead, meaning there is likely conflict with the BBB program.

“For the sake of UK SMEs, I hope to see them accredited soon, so that fintech lenders and channels like Capitalise can help drive the solution.”