Pub sector stumbles down the road to recovery 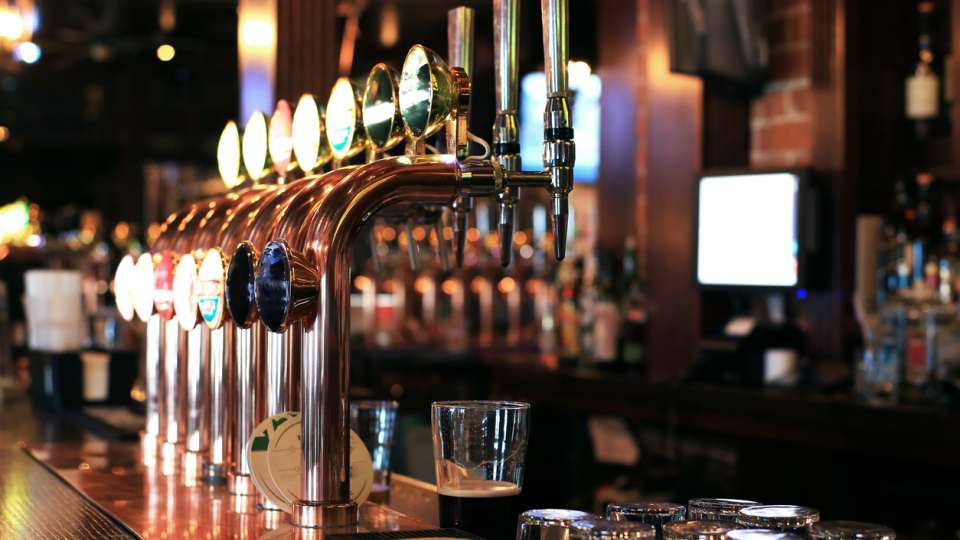 Pub sector stumbles down the road to recovery

The government’s reluctance to ease its two metre social distancing rule, preferring to launch a review that may take weeks, has sparked major concerns.

The British Beer & Pub Association said this week that a quick decision was needed to give the pubs and brewing industry time to prepare for reopening on 4 July. It was the date initially proposed by the government in its roadmap for economic recovery.

“Our 47,000 pubs and 2,000 brewers are now in urgent need of a definitive date on when pubs can reopen,” said Emma McClarkin, the association’s CEO. “We have consistently and clearly asked government for at least three weeks’ notice to ensure our pubs can bring staff out of furlough, prepare and reconfigure themselves to adhere to safety guidelines, and ensure they have fresh draught beer ready to serve customers.”

The BBPA said the government’s lack of clarity had forced many beer and pub industry businesses to gamble and start getting ready – brewing cask and keg beer takes a minimum of three weeks. But the “overwhelming majority” of them couldn’t afford to do so and further delay would mean thousands of Britain’s pubs wouldn’t be ready in time.

Simon Emeny, CEO of pubs and hotels business Fuller’s, said without definitive government confirmation on a reopening date “will delay investment, delay bringing our staff back to work to help plan our reopening, increase the costs for government and inevitably will mean that our pubs will not be able to reopen”.

Key to UK pubs reopening is relaxation of the two metre social distancing lockdown rule under which only a third of them can operate. The BBPA is pressing the government to adopt the World Health Organisation’s one metre guideline, which would allow 75% of pubs to reopen.

The devastating impact of the UK lockdown on breweries and pubs was writ large in first quarter financial results revealed by the trade association. Overall sales of beer were down 7.2% on Q1 2019 to 1.5bn pints – the lowest level for 20 years. Pubs saw a 16.4% drop in beer sales to a record low 668 million pints, caused by the sudden closure of pubs and two weeks of zero sales.

Big brewers are better equipped to manage the shockwaves. Since pubs closed in March, Greene King has provided £11m in rent concessions as well as investing around £4m in support for its 1,050 UK pubs. Every pub has received a £250 Personal Protective Equipment (PPE) kit for reopening, including face masks, visors, gloves, and hand sanitiser gel and been offered £120 of Covid-19 signs for pub gardens and interiors.

But a June survey of 242 breweries by the Society of Independent Brewers (SIBA) paints a gloomy picture for smaller operators as they plan their financial survival. It revealed that 84% expected the pandemic and social distancing measures to have a lasting negative impact on their business.

Nine out of 10 brewers claimed the large multinational brewers stand to increase their market share as a result of Covid-19, flagging up concerns such as competition on price, soft loans tying down publicans to mass market beer and worries about buying choices of pubs.

SIBA, which represents around 750 independent brewers, is calling for the government to slash beer duty and extend business rates grants and support to breweries.

Moor Beer brewery in Bristol is one of those hard hit by the crisis. When the government shut down pubs, it immediately cut off 90% of the company’s trade to hundreds of pubs and restaurants across the UK, says owner Justin Hawke. Sales at the brewer’s two retail sites stopped and exports were halted.

For a company experiencing good growth, the impacts of the pandemic have dealt a bitter blow to business, Hawke tells AccountingWEB. He’s critical of the government’s handling of the crisis and the flexible furlough scheme. Like other businesses in the hospitality sector, Moor Beer has had to adapt quickly. Some pubs still owe him money from before lockdown.

AccountingWEB is told by industry insiders that some brewers may take time to open – or may not reopen at all – in a UK market already at saturation point with breweries. Those selling solely to pubs with no other route to market are likely to go under first.

Hawke is “not optimistic” about the future of his business and the pubs and brewing sector at large, though a push on direct to consumer sales and an increase in home deliveries has generated some income. But he doesn’t expect export levels, or “decent trade” to UK pubs, to return to normal for at least 12 months. He says the company will have to restructure to survive the economic upheaval.

Also suffering are companies in the brewing industry’s supply chain such as producers of malted barley, for whom business with big breweries has fallen away but production costs remain when plants are geared to work at a certain rate. There’s a knock-on effect for grain traders and farmers involved in this year’s barley production.

According to the SIBA survey, half of brewers believe most pubs aren’t economically viable with social distancing at all. Hawke is among them, saying that many pubs simply won’t reopen or will go out of business if the government doesn’t relax the rules.

10% of Cornish pubs will go out of business

Paul Miller, managing director of Cornish Accounting, which works with around 40 pubs, hotels and restaurants across Cornwall, estimates that up to 10% of them may go out of business by next spring – even if social distancing rules are relaxed. He says Covid-19 has “magnified” the financial problems for unprofitable businesses or those people who took over a pub as a way of life. Rent deferrals have helped but smaller pubs may still decide not to reopen.

Miller says pubs and hospitality businesses will be relying on summer trade for a “short burst of cash in the till” to get through the winter but once the initial “euphoria” of people visiting pubs again dies down, some “will not have the cash reserves to see them through”.

Economic indicators suggest that when the government’s job retention scheme finishes there may be mass redundancies. “People who know their figures, their costs base and margins will be the ones who will survive,” said Miller.

Cornish Accounting has been advising clients to go through their profit and loss accounts and evaluate their cash-burn rate, “what can they cut out, what can they reduce, doing cashflows and forecasts”. He says shutdown of businesses due to Covid-19 has “enabled people to think ‘Is there a slicker way of doing things?”.

‘Batten down the hatches’

Julie Palmer, partner at business recovery experts Begbies Traynor, says that while it’s tough for pubs and brewers to make projections, those willing and able to change tack can boost their survival chances.  Coronavirus Business Interruption Loan Scheme (CBILS) and VAT deferrals were helping businesses bounce back but repaying them would mean those in sector “playing catch up next spring”.

Palmer advised pubs and breweries to explore methods of diversification and good cost controls, suggesting they should “batten down the hatches, stem spending and look at options to diversify cash flow”.

“Pivoting to a new business model” would require businesses to be imaginative and “offer something a bit more cutting edge… flexibility and adaptability is key.”